What is the Sentencing for a Child Pornography Conviction? 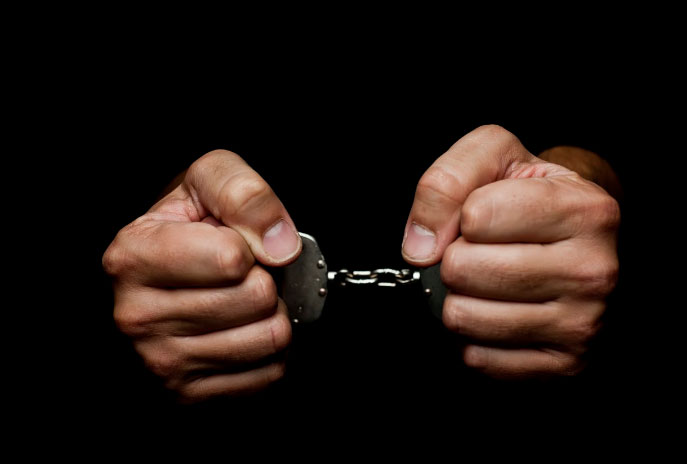 Child pornography is a crime that is taken seriously by law enforcement everywhere, including Texas. Anyone who flips through the news will see that arrests happen in the state on a regular basis. What exactly is the legal definition of “child pornography”? And if someone is convicted, what is the sentencing?

It’s important to understand what is and is not child pornography, as defined by the Texas Penal Code. Not every visual depiction of a nude minor would be considered pornography. Section 43.26. Possession Or Promotion Of Child Pornography states that child pornography is “visual material that visually depicts a child younger than 18 years of age at the time the image of the child was made who is engaging in sexual conduct.”

WHAT HAPPENS IF I’M ARRESTED FOR CHILD PORNOGRAPHY?

When someone is arrested for the possession or promotion of child pornography they need to take these charges seriously, no matter how ludicrous or outrageous it seems. Sex crimes that involve children carry a stigma in our society. There is a good chance that the accused’s name will make the news after an arrest. Defendants who are charged with sex crimes like these need a defense attorney to represent them from day one.

An experienced attorney can handle the media attention and speak to the press if it’s in their client’s best interest. And no matter what charges a defendant faces, they have the right to competent legal representation and a fair trial.

WHAT IS THE SENTENCING FOR CHILD PORNOGRAPHY?

Both the possession and the promotion of child pornography are classified as felonies in Texas. Whether a defendant could have a first, second, or third degree felony charge depends on several factors. Having a prior criminal record and certain charges of promoting child pornography may result in enhanced penalties.

The prison time and monetary fines for felony convictions are laid out in Chapter 12. Punishments. Even a third degree felony conviction can land someone in jail for up to 10 years. In addition, all felonies in Texas can come with a fine of up to $10,000.

If you are arrested and charged with Possession of Child Pornography in violation of 18 U.S.C. 2252A(a)(5)(B) and (b)(2) and almost always, a person will be charged with Transportation of Child Pornorgrahy in violation of 18 U.S.C. 2252A(a)(1) and (b)(1). Merely having viewed child pornographic images, can subject a person to a two (2) count indictment in the Federal judicial system. Many attorneys only practice in the State level and they do not understand the Sentencing Guideline, Motion for Downward Departure and motions to suppress in the Federal level. In addition, at the Federal level, there are no plea agreements with the Federal prosecutor, instead, your defense attorney and the Federal prosecutor may enter into a Rule 11(c)(1)(C) agreement. If you are seeking legal advise from a criminal defense attorney and he/she states that the Federal prosecutor will offer a plea agreement, get up and walk out, they do not know that they are talking about.

The minimum and maximum penalties for Possession of Child Pornography in the Federal system is imprisonment for not more than 10 years but if any image of child pornography involved in the offense involved a prepubescent minor or minor who had not attained 12 years of age, such person shall be imprisoned for not more than 20 years, fine of $250,000.00, supervised release of 5 years and many other requirements, including but not limited to registration as a sex offender.

In addition to prison time and monetary fines, a child pornography conviction usually requires registration on the Texas Sex Offender Registry. There is an inherent lack of privacy that comes with being on the registry. The information on the state’s sex offender list is available to the public:

Individuals who are on the Texas Registry are automatically included on the National Sex Offender Registry as well.

A child pornography conviction has intangible consequences, as well. A felony record closes the door to certain employment opportunities and sometimes even entire industries like healthcare or education. People with felonies on their record may have a difficult time finding a landlord who will rent to them.

A child pornography conviction can impact relationships, including friends, family, and even the defendant’s young children. Anyone convicted of these crimes may be restricted from seeing their own children and visiting places like school, sporting events, and daycare.

CAN A MINOR BE CHARGED WITH A CHILD PORNOGRAPHY CRIME IN TEXAS?

The short answer is, “Yes.” However, the Texas Penal code doesn’t use the term “child pornography” for crimes in which minors create, send, or receive explicit photos of themselves or other minors. Section 43.261. Electronic Transmission Of Certain Visual Material Depicting Minor discusses the legalities of a minor who creates or distributes visual material of “another minor engaging in sexual conduct.”

There are affirmative defenses for Section 43.261:

Parents in Texas should speak with their teens about this law and its potential ramifications. “I didn’t know that sending nude selfies was illegal,” is not an affirmative defense. A criminal conviction is a high price to pay for a teenage lapse in judgment.

If you’ve been arrested for child pornography, your first call should be to Attorney Kent Starr. Mr. Starr is not only an experienced sex crime defense attorney; he is also a Plano, TX bail bondsman. You can contact him 24/7, post bond, and immediately start legal representation.

A child pornography conviction will follow you for the rest of your life. It’s important that you hire an aggressive attorney who won’t just automatically accept the first plea bargain offered to you. In some cases, going to trial is exactly what you need to achieve the best possible outcome. Choosing the right criminal defense attorney will impact the outcome of your case. Attorney Starr invites potential clients to sit down and discuss the outcomes of similar cases that he’s handled. This is a matter of public record, and he is happy to share his track record with you.

Read through Attorney Kent Starr’s Google Reviews, and then call us at (214) 982-1408 to schedule a free consultation.

What to Do if You’ve Been Charged with a Sex Crime in Plano, TX

Section 43.25. Sexual Performance By A Child