Since 1992, the State of Texas has wrongfully convicted 89 people! And it’s paid those people more than $65 million to make up for it.

Unfortunately, not all members of the legal system are fair or just. Judges, prosecuting attorneys, district attorneys, and jurors all make mistakes. And in some rare cases, they blatantly disregard legal ethics entirely.

The one person they don’t want to face is criminal defense & DWI lawyer Kent Starr.

Take a look at this case example. It shows how Kent got a client accused of manslaughter (carries a 2-20 year prison sentence) a verdict of “not guilty:”

A client accused of criminally negligent homicide (carries a sentence of 180 days – 2 years) approached Kent for representation. The client disagreed with the charges. And after hearing the facts of his situation, so did Kent.

Kent talked things over with the Collin County, Texas district attorney. It didn’t go so well – they got into heated arguments.

Rather than seeing the situation objectively, the district attorney re-indicted the client with manslaughter. Now, the client was facing 2-20 years in prison!

But Kent knew the district attorney’s real agenda. He was attempting to intimidate Kent and his client into accepting a plea deal that would have included at least a few years in prison.

Now, both Kent and the client admitted a person’s life was taken in the presence of this client. But they did not agree the client’s actions amounted to manslaughter. 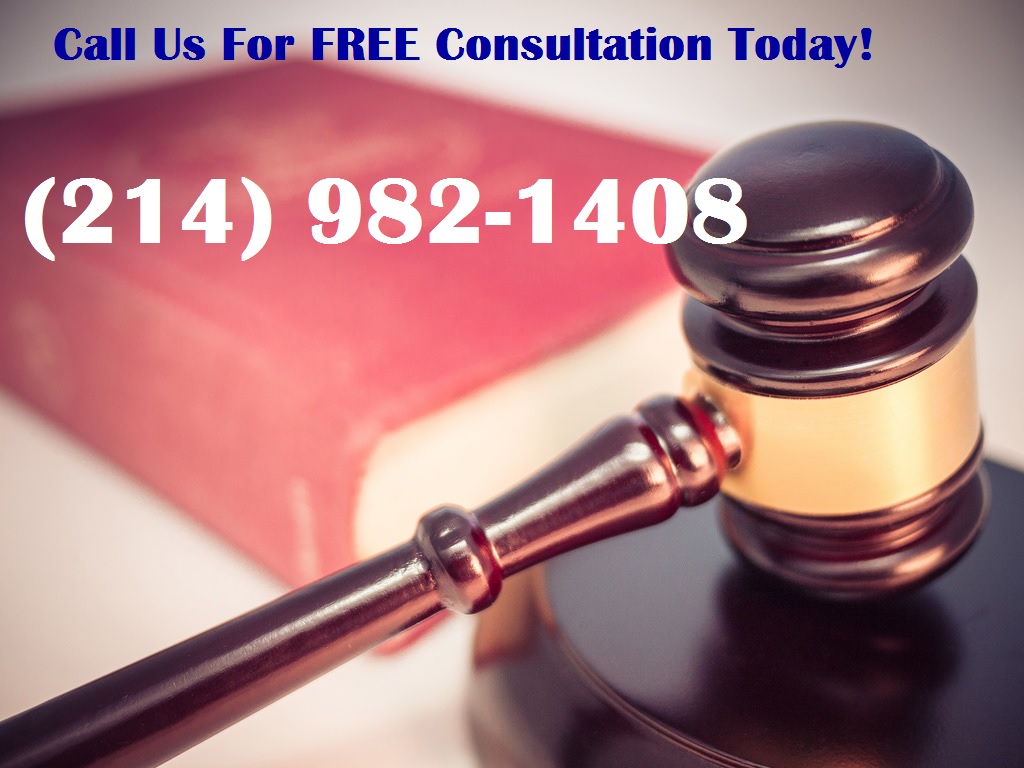 Many inexperienced and careless attorneys would have advised the client to just make a deal and go to prison for a few years.

But based on Kent’s research, he didn’t believe the client should go to prison at all. He found several past cases where people in similar situations faced the same accusations and did not go to jail.

So he approached the judge and district attorney with that information. They still did not agree with Kent’s opinion the client should not go to jail.

The case then went to trial. It lasted about a week, but the jury agreed with Kent: the client was declared “not guilty” of manslaughter and deserved to be free.

Kent has always been the fearless, aggressive type. During law school, he was also a Golden Gloves Boxer and earned a first-degree black belt. Aggressive is simply the way Kent is.

He doesn’t fight people physically anymore. But he does have to put that energy to use somewhere. So now, he uses it to advocate in the courtroom for people charged with crimes.

Kent doesn’t guarantee you better legal outcomes. He’s the realistic, high-integrity type who does all he can to make them happen. And very often, he succeeds.

You see, some other lawyers just aren’t experienced enough to go up against prosecutors and their legal teams. Others just plain don’t care – they want to collect a check and pass you through the process.

That’s why it’s important to not only talk to an experienced lawyer but also to choose one who really does put your interests first.

If you’re not happy with your current criminal defense lawyer, or if you haven’t got satisfactory opinions, try talking to Kent.

He only tells you the truth – exactly what he can and cannot do for you.

And if he strongly believes he can get you a better legal outcome, he’ll do everything in his power to make that happen for you.

But first, he has to know the facts of your case. 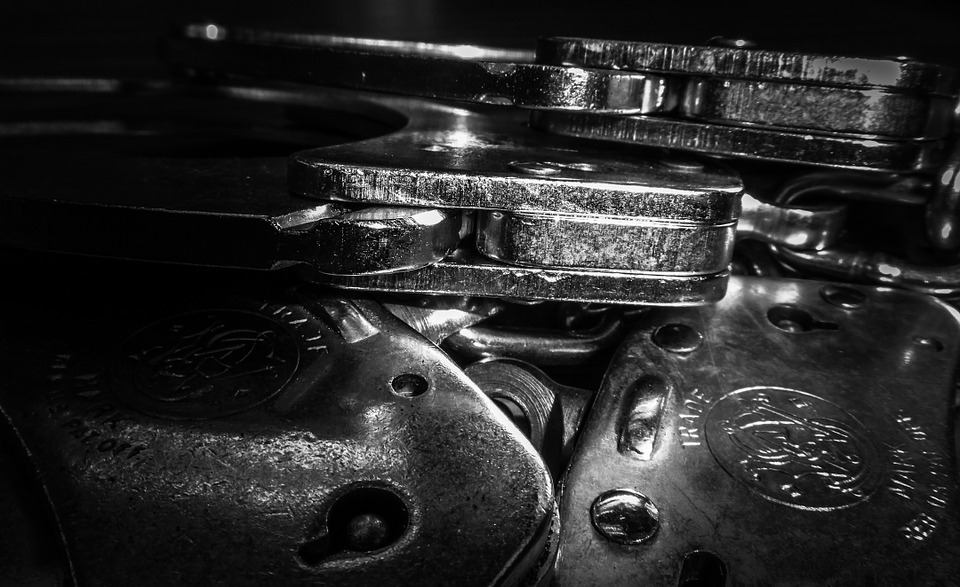 Top 9 Mistakes You Can Make When Charged with a Crime

If you get charged with a crime, there are certain things you should not do. If you make some of these mistakes, you can end up in prison when you should in fact be a free person.

Here are some of the top mistakes you can make and what you should do instead:

You get what you pay for in the legal word, that’s for certain. It’s just like buying the cheapest product around. If you buy a cheap product,it breaks fairly quickly and you have to get a replacement.

When you hire the cheapest lawyer, you either get poor defense that lands you in prison for longer than you deserve, or your lawyer nickels and dimes you as your case moves along.

Either way, you lose.

2. Hiring the Most Expensive Lawyer

On the other extreme, some lawyers charge absurdly high prices too. You have to judge for yourself.

Does the lawyer treat you like you’re important? Or are you more of a nuisance to him? Do you appear to be a waste of time to him?

Ask for references. Read online reviews. Do your research just like a lawyer would.

After you consider all those factors, you’re ready to hire a lawyer.

3. Interfering too much with Your Lawyer’s Work

Once you’ve found a lawyer you trust, get out of the way and let him do the work. You may be an intelligent person, but you don’t have the experience, instinct, and intuition that a lawyer does.

Do ask your lawyer for opinions if you have questions or concerns. But don’t demand him to take certain actions if he doesn’t recommend them.

4. Don’t Go to Trial Just Because You Don’t Like the Plea Offer

Yes, you heard Kent’s story that he got a person accused of manslaughter a “not guilty” charge. But, Kent’s approach depends largely on the circumstances of your case. It may be a wise decision to take a plea offer in your situation.

Usually it is a good idea to take a plea offer if there’s pretty overwhelming evidence of your guilt. Kent will let you know the best action to take.

5. Don’t Demand to Testify at Your Trial

The reason for this is that it’s almost impossible for you the defendant to look good and credible to the jury on the stand. Yes, you are “innocent until proven guilty,” but the jury in reality is always highly skeptical of defendants.

And they’re great at catching lies too. So it only makes sense to have you on the stand in very rare and extreme circumstances.

6. Don’t Make Phone Calls from Jail and Admit Your Guilt

It sounds unbelievable, but people do it. All outgoing telephone calls, except ones properly placed by your attorney are recorded.

Some inmates admit their guilt, try to get witnesses to not go to trial, or try to get friends or family members to testify falsely.

7. Don’t Discuss Your Case with Other Inmates

If you’re not out on bail and you’re stuck in prison, keep the facts of your case to yourself (even if you’re not guilty). Everyone in prison wants to get out.

Many inmates are clever enough to get information about your case, talk to their attorney, and then strike a deal with the State to testify against you. They’ll twist your story to make it sound like you are in fact guilty.

8. Don’t Refuse to Talk to Police when It Helps Your Defense

9. Don’t Talk to Police without a Criminal Defense Attorney Present

The police know the law and what they want to get you to say – and you don’t. Do not take them on by yourself.

If you choose to enact your right to legal counsel, the police are legally obligated to stop questioning you. They can only resume interrogation once your lawyer is again present.

Get Your Free Consultation Today!

Don’t try to take the legal system on your own – you simply cannot defend yourself like an experienced, passionate criminal defense attorney.

You’ll get an honest, unbiased opinion every time.