We understand that you have multiple choices to choose from as you search for the Best Sex Crimes Lawyer McKinney TX. Also, we know how frustrating it is to try to figure out which firm will fight for you the way you want them too. Starr Law, P.C. should be your number one choice to defend your case. Our passion for the law and respect for our clients motivates us to prepare the best defensive case for court. We take pride in working diligently for our clients and help through their anxiety throughout this trying process. Compared to our level of commitment and dedication, our competitors are inadequate. Therefore, we are the best firm to defend your case. 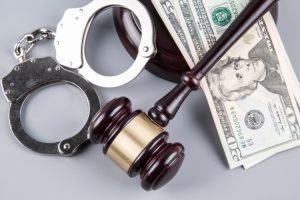 Human trafficking is a felony offense and is becoming an epidemic in the United States. Some refer to the felony as the modern-day slavery. It is the fasting growing organized crime business in the world and the third largest criminal operation.  The general definition of human trafficking is when another controls a person through violence, coercion, or deceit in circumstances of forced labor, commercial sex, or domestic enslavement.  In other words, it is the exploitation of men, women, and children for forced labor or sex by a third-party for profit or gain. There are 847 human trafficking reporting calls, and 455 cases reported this year alone. As a result, the state of Texas ranks #2 in human trafficking crime in the United States. Approximately 300,000 Texans have been trafficked which includes 79,000 youth victims of sex trafficking.

Although the specific law defining a “trafficker” differ from state to state, human trafficking still plagues every state in America. Since 2003, every state has instilled laws that will initiate penalties for human traffickers who profit from this offense.  Federal regulations are very severe for this offense. For instance, an individual convicted of this crime will face hefty fines and an up to 20 years prison sentence. If death occurs because of the trafficking, offenders face the maximum punishment of life in prison. Also, The government also confiscates all money made and property used during the trafficking. In addition to federal laws, human trafficking in Texas is an automatic first-degree felony. This class of offense includes a fine of up to $10,000 and a 5 to 99 years prison sentence.  More information on human trafficking or if you are need of help, please contact the National Human Trafficking Hotline at 1.888.373.7888 or visit the official website here.

There’s a reason why Kent Starr is the Best Sex Crimes Lawyer McKinney Tx. Starr received his law degree from the University of Arkansas. While in law school, he was the president of the law school and the clerk for the Supreme Court of Arkansas for Honorable Chief Justice Holt. He also was the clerk for the Honorable Justice Austin for the Supreme Court of the Navajo Nation, Window Rock, and Arizona. Lastly, he obtained a Master of Taxation from the University of Denver, Colorado, LLM. Just as he was a Golden Glove Boxer and a first-degree black belt holder, we will aggressively fight for your rights in the courtroom. Intimidation is not a factor when facing other lawyers or the possibility of losing a case. Mr. Starr will work hard to thoroughly investigate cases and execute their strategy in front of a judge or jury.

There are many criminal lawyers; However, Starr Law, P.C. is the only one that will fight to the finish.  When you are facing a conviction, you need a lawyer who willing to fight for you in a way that he or she would fight for themselves. The only law firm willing to give that level of dedication is Starr Law, P.C. Our customer service and education makes us the firm you want in your corner. Previous clients have expressed on confident they have in our services, and we know you will feel the same way.  Contact us today for your free consultation where we can learn more about you and your case, and you can learn more about us and our services. For more information, please contact us at 214.982.1408 or visit our visit our website here. Starr Law, P.C. is, without a doubt, the Best Sex Crimes Lawyer McKinney Tx. 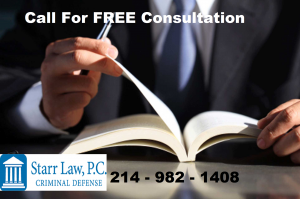